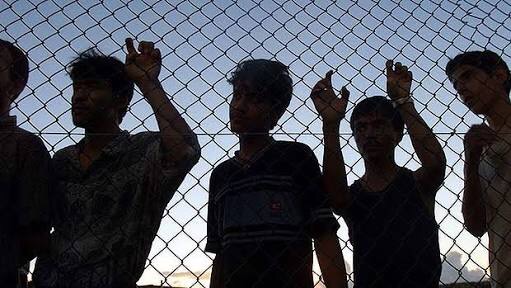 Last Thursday night I attended a Q & A session hosted by the Australian Lawyers for Human Rights and LaTrobe University. It featured an “all star” panel comprising Anna Burke member for Chisolm, Sarah Hanson-Young Greens senator, Julian Burnside QC, David Manne, human rights lawyer and Dr Savitri Taylor, lecturer LaTrobe University.
It was a sellout event.
I want to share with you the insights I gained from the evening and the feeling of shame and despair I left with. But before I do I want to discuss briefly a basic and important legal principle. I hope it will provide some context to the concern I have (we should all have) over this governments’ and previous government’s treatment of the refugee crisis gripping this country and the world.
The principle is the Rule of Law. What is it? Why is it important?
The principle had been discussed and explored since Aristotle’s time. The Magna Carta was the first implementation of the principle in English law.
It seeks to prevent arbitrariness by leaders and governments and prevent the indiscriminate exercise of power. It is intended to make governments accountable for their actions.
There is no universally accepted definition but there is universal acceptance of