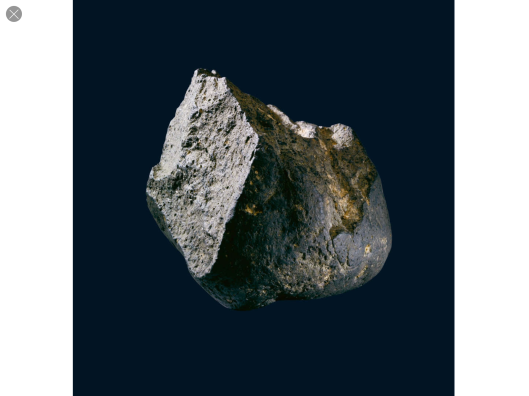 The brain and the progress of history

I am currently engrossed in Neil MacGregor’s The History of the World in 100 Objects. The book tells the history of the world through 100 objects currently on display at the British Museum.
Today I want to talk about the oldest object at the Museum and the first one discussed in the book. It is the Olduvai stone chopping tool. It is between 1.8 to 2 million years old. It was discovered by Louis Leakey in the Olduvai Gorge in the north of Tanzania. It was among a range of items representing some of the oldest things ever found.
The tool is pictured above. It has a sharp edge formed by chips taken out of the rock presumably by another rock. The top of the tool is rounded and fits comfortably in the palm of the hand. This simple tool tells us so much.
First it shows humans making things to assist with everyday tasks. This in itself set us apart from the rest of the animal kingdom and represented a first step in the production of things of greater complexity, beauty, utility etc.
The tool has 5 chips in one side and 3 on the other to give a sharp edge. One an imagine the thought processes that led someone to think that 2 chips were better that one and 3 were better than 2 and so on.
Hand in hand with the creation of things is the desire to improve them, to make them better.
The tool would have been used to chop flesh from a carcass, to debark a tree, to cut roots and even to break bones and extract marrow.
Importantly one advancement leads to others. And so humans progress.
This brings me to the point of this blog. I think it was Churchill who that we shape our buildings and thereafter they shape us. Similarly we make our tools and our tools make us.
The last book that enthralled me to the same degree was Norman Doidge’s The Brain that changes Itself. The premise of the book is that the brain is always changing and adapting. The book documents the recovery and rehabilitation of brain injury patients. Their transformation is due to the brain’s ability to change its own structure and to compensate after significant injury. The book takes us into the fascinating world of neuroplasticity.
For centuries physicians and scientists alike thought that the brain was a fixed and unchanging mass and people sustaining injury to parts of their brain therefore had no scope for repair or rehabilitation or recovery. The book describes the amazing recovery of a number of brain injured patients who have “trained” their brains to overcome their injury.
In short the brain is dynamic not a fixed and unchanging mass.
I believe this dynamism is responsible for our progress as human beings, more so than evolution, if what I am talking about is not evolution.
Take the human who fashioned the Olduvai stone chopping tool. One week they are using the tool to remove skin from a carcass. The next week they are using it to cut up cooked food. The next week they develop an axe to chop wood. The following week they discover that a sharp edged implement can help kill prey. Later they learn that this killing tool can be deployed from a distance, thus increasing the chance of success.
What I am postulating is that our progress has been the result of our brain interacting with things we make to change the way we interact with our world.
Take for example an important modern invention such as the automobile. The automobile caused humans to consider how they moved around their environment. In many ways it challenged us. The skills and intuition relevant to commuting by foot or by horse and cart were swept aside as humans developed the eye and hand co-ordination and peripheral vision necessary to operate a motor vehicle.No doubt this involved the brain in developing new neural pathways and activating brain centres in new ways.

What I am talking about is happening today. How many of us are trading in handwriting and calligraphy skills for keyboard skills? How many of us are moving away from books to screens? How often do we walk down a busy street and see others negotiating human traffic while staring down at their smartphone? Is this is a new way of walking?

I believe the things we make, change us as we change them.
Two million years ago it was a stone chopping tool, today it is a smartphone. Same brain. Sort of.